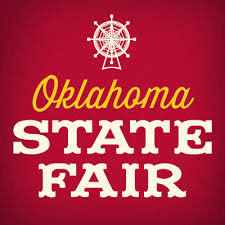 Well everybody, we have almost made it through another hot Oklahoma summer. This year wasn’t so bad, but things have really heated up since early August. Fall is almost here and with that comes cooler weather, football, and of course the fair! F5 Storm Shelters is excited to announce that this year we will at both The state fair of Oklahoma in OKC, as well as the Tulsa state fair. The Oklahoma City show gets up and running a little bit earlier. The dates run from September 11th through the 21st. The hours of operation will be from 8am-10pm everyday of the show. The Tulsa fair gets up and running soon after. The show dates in Tulsa are Thursday, September 25th through Sunday, October 5th. The show will be open until 10pm every night.

We will have underground garage storm shelter and above ground safe room models at both events. If you have been thinking about purchasing a tornado shelter, but have been putting it off, then this is an event you must attend. We will be offering a special ‘fair rate’ on all of our shelters. This is guaranteed to be the lowest price of the year. We can also get your storm shelter installed in under a month! Don’t wait around until January or March when their will be long waiting lists and higher prices. Come out and see us at the fair and check out what we have to offer.